Nades boasts numerous walking and cycling trails. We are surrounded by undulating countryside with many walking paths through fields and hamlets on one side and the Forêt des Colettes on the other – one of the most beautiful natural beech forests in Europe. Visit the small museum of Wolframines, to discover the rich geology of the area, on your way to the old kaolin quarry, now a nature reserve with lakes and an unusual landscape.

If you would like a picnic for your day out, we suggest visiting one of the local markets for fresh bread and local delicacies. All towns in the area have a market day, the closest being Bellenaves (Wednesday mornings) and Ebreuil (Thursday mornings). Alternatively our closest village, Echassieres, has an artisan butcher, baker and well-stocked convenience store, as well as a small bar/restaurant serving hearty meals at very reasonable prices.

Classic, mountain, electric and childrens bikes are all available to hire from Louroux de Bouble, as well as guided days out and maps of local circuits.

Forest adventure park, Accro-Sioule, for all ages with 6 routes of varying difficulty and 6 ziplines, all set within the beautiful pine forest of the Forêt des Colettes. Café on site.

Two stables within a short drive offer both novice and experienced riders the chance to enjoy the countryside on horseback, day trips available too. Visit Hippos in Ebreuil for riding lessons and hacking of all levels.

For dressage lessons and more experienced riders, The Cheval Andalou offers the opportunity to visit a working stud with pure bred Andalusian and Lusitano horses.

A unique way to see the magnificent Gorges de la Sioule, hire a kayak and take a leisurely descent down the valley. Can be combined with a trip to Accro-sioule above.

Our closest swimming lake, with beach, playground and café, is in Servant, less than 10 mins by car.

Lovely small local farm with many animals to meet and learn about, especially fun for your children.

The area has a rich history, the French writer Madame de La Fayette and the Duc de Morny stayed for some time in Nades, and Allier boasts 500 chateaux, 40 of which are open to the public. Close by, the chateau of Chouvigny is open during the summer months, offering spectacular views over the Gorges de la Sioule.

There are numerous historically and architecturally interesting local towns worth visiting, and a number of these have interesting houses and chateaux. 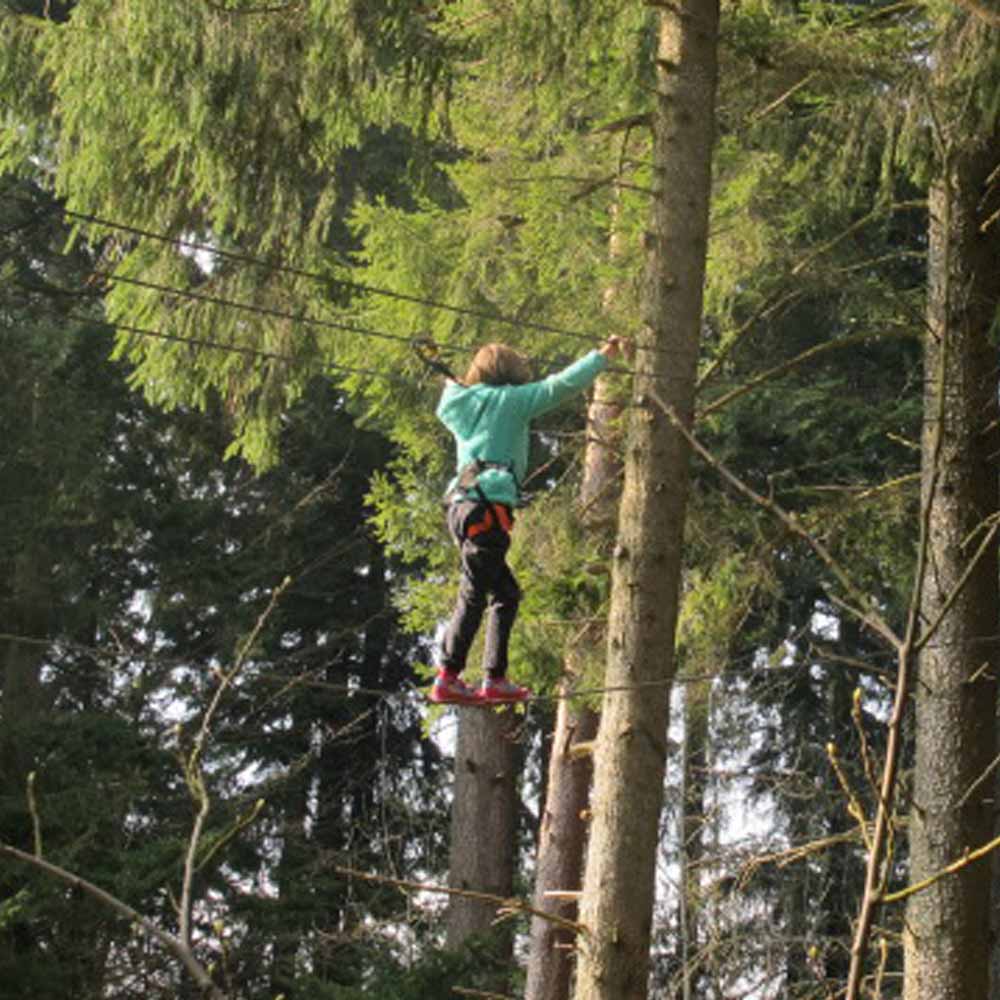 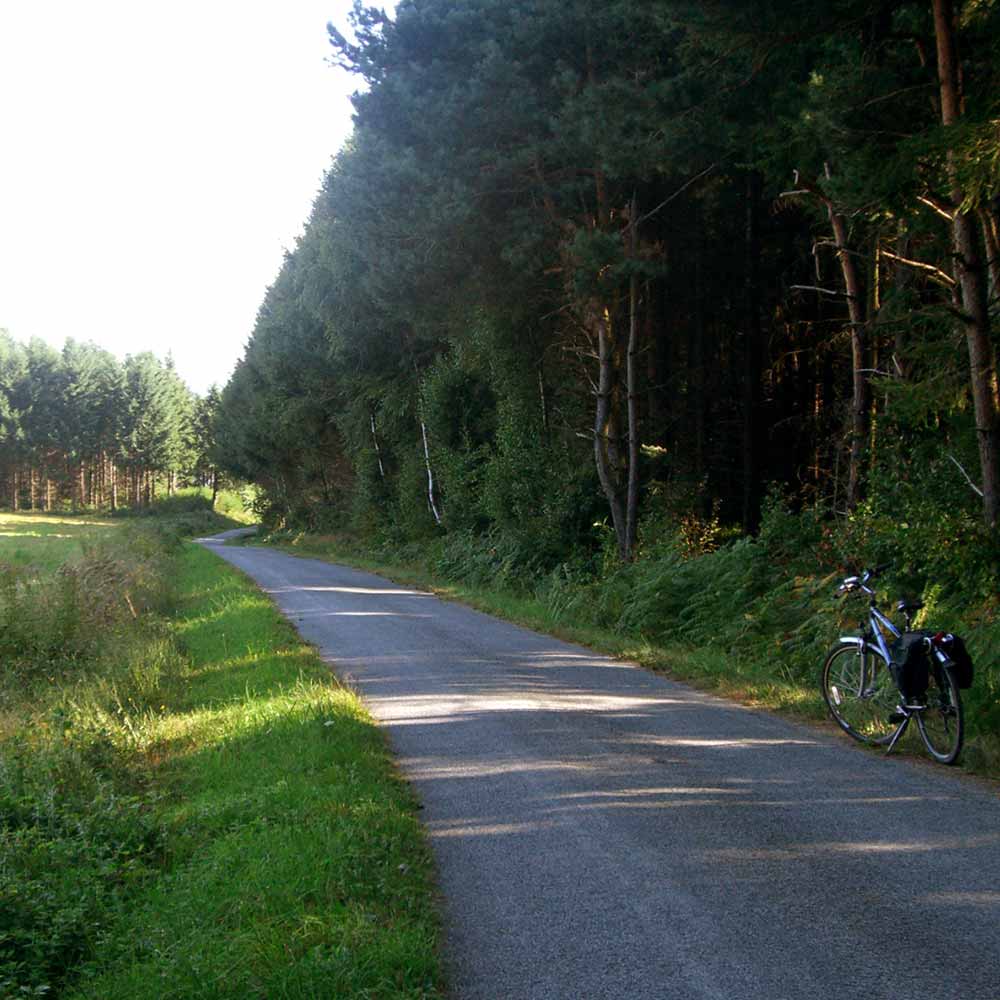 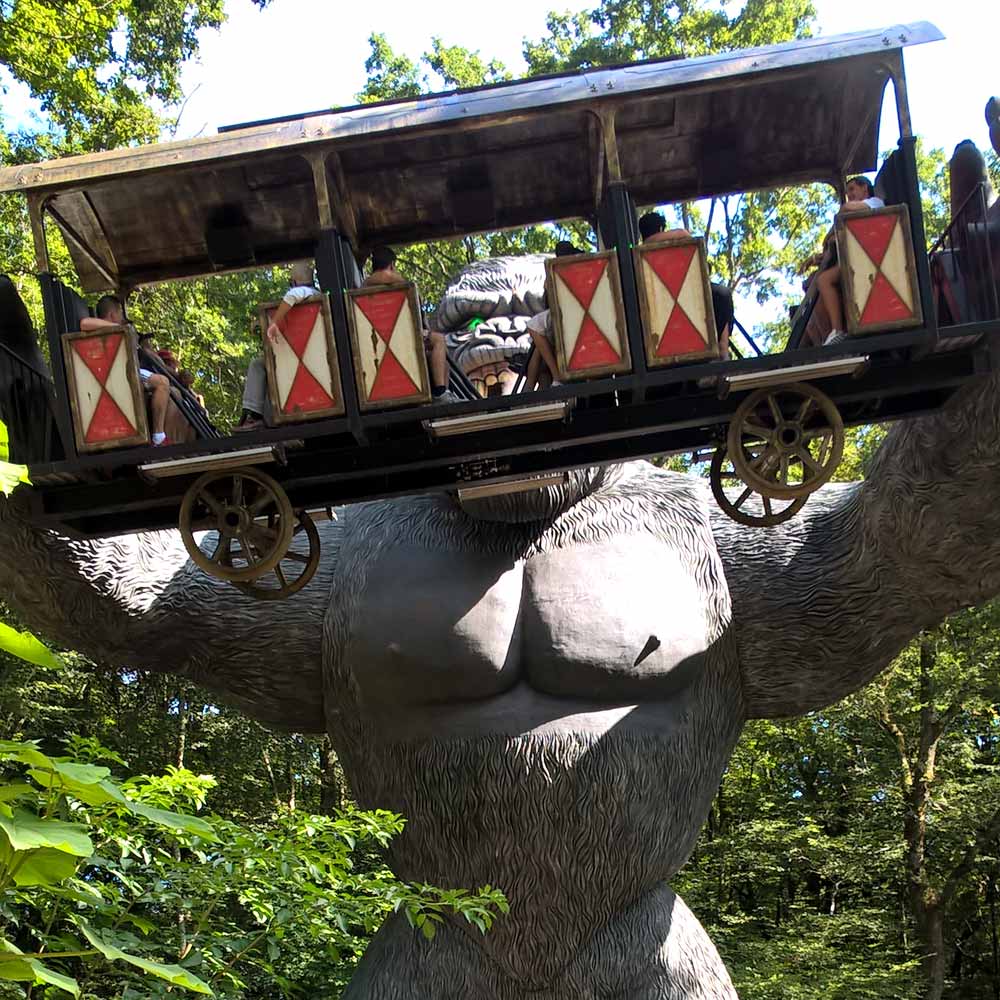 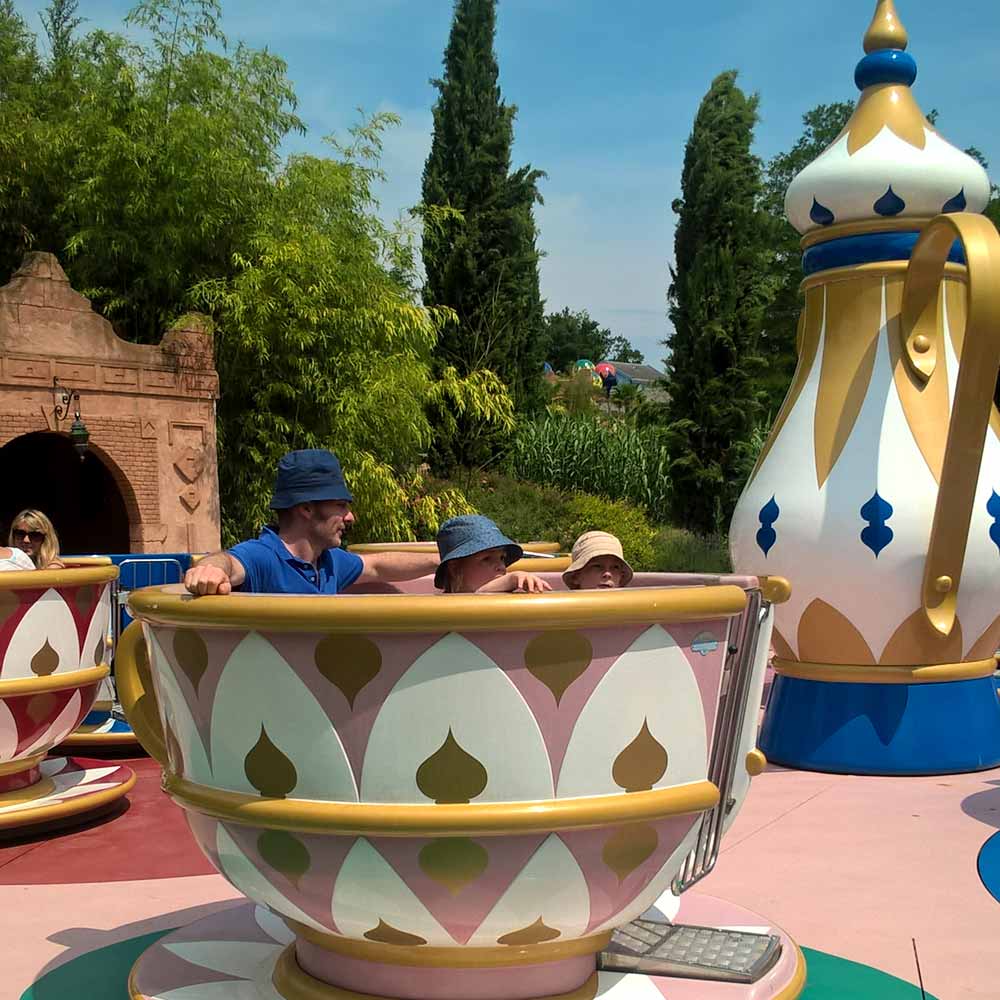 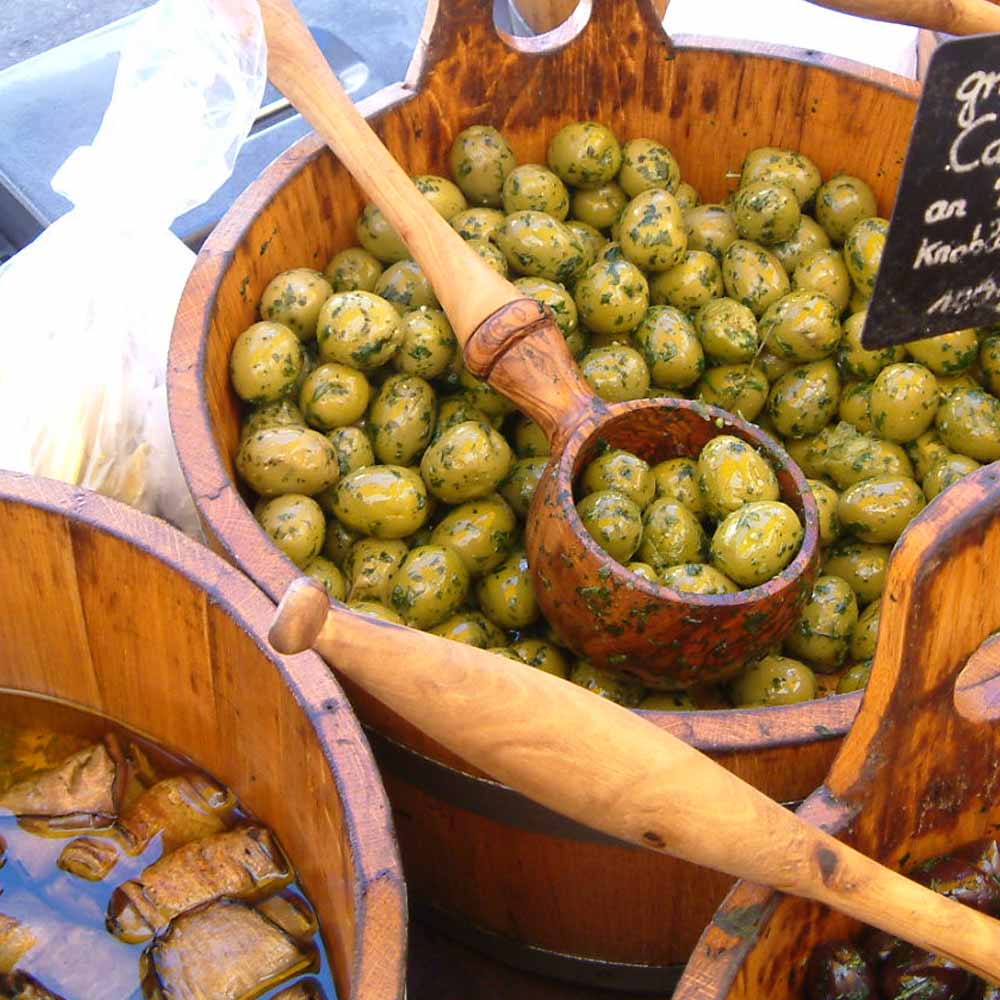 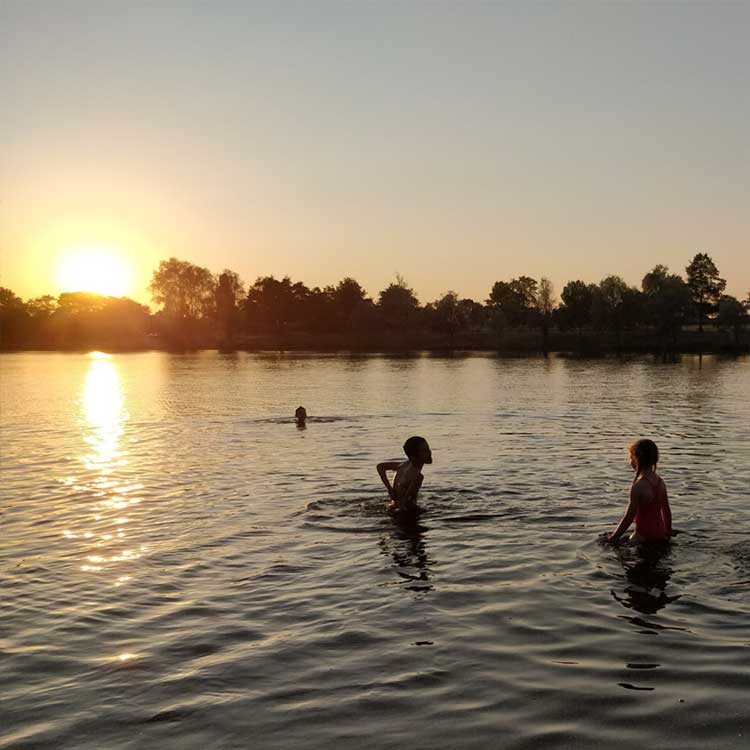 Gannat – our closest town for most shops and services, with an excellent indoor market open every Saturday morning. Near Gannat is Paleopolis, a dinosaur and archaeology theme park.

Charroux, described as one of the prettiest villages in France, is a quiet and unspoilt medieval village, with beautiful cobbled streets, a couple of good restaurants and cafes and a few craft shops selling artisan products from soaps and candles to the locally well-known Charroux mustard. The end of spring sees the famous Charroux brocante, when the whole village is taken over by sellers and buyers from all over France, and beyond, selling antiques and vintage finds.

Saint-Pourçain, thought to be one of the oldest viticultural regions in France, is an interesting market town on the edge of the Sioule river with an excellent Saturday morning market. Saint-Pourçain (AC) wine, produced since the 13th century, can be bought direct from producers and in the caves des Vignerons de Saint-Pourçain (the wine makers cooperative).

This area of Auvergne at the southern-most border of Bourbonnais Allier and with the volcanic mountains of the Chaîne des Puys in the near distance is culturally and naturally rich. The rain waters that filter down through the volcanic rock, reappear after thousands of years in a number of different towns in the region, where eleven famous spa towns invite you to enjoy a number of water therapies.

Vichy is our closest, 40 mins away with four spas, an excellent public pool with outstanding facilities, and a newly renovated esplanade along the Allier offering swimming, walks, crazy golf, bars and restaurants. Beautiful streets with a range of architectural styles from neogothic, neoclassic and Art Deco offer a lovely day out and the central Parc des Sources with the Vichy Opera house and casino are worth a visit.

Also close is the small town of Néris-les-Bains, with a spa dating back to Roman times. In the foothills of the volcanoes, close to the biggest city of the region, Clermont-Ferrand, is Châtel-Guyon with a Belle Époque feel and a number of spas.

The most notable city to visit is Clermont Ferrand, one of France’s oldest cities and the birth place of Vercingetorix, the leader of Gallic resistance to Julius Ceasar’s invading Roman army. An impressive gothic cathedral of black volcanic stone, opera house and theater, good shopping, numerous parks and squares and plentiful ‘Bouchons Auvergant’ – Auvergnat bistros make Clermont a full and fun day out. Le Puy de Dôme, the highest of the Puy mountains is visible from Clermont’s streets.

The Chaîne des Puys, awarded UNESCO world heritage status in 2018, are unusual in their form and age. Eighty or so lava domes cover an area 32km long and 4 km wide to the west of Clermont Ferrand, the oldest puy is around 150,000 years old and the youngest being only 8,500 years old. They are a haven for wildlife, nature-seekers and thrill-seekers alike. A day trip can take you up to the highest point of the Puy de Dôme for breath-taking views via the Panoramique des Dômes track railway, a short 15 mins curving round the mountainside to arrive at the station at the top where there are two restaurants and an informative visitors centre. From here you can walk down a number of different and very scenic paths, take the train back or paraglide down!

One of our family favourites is Le Pal, an amusement park and animal park all rolled in to one. A huge site, well managed and organised and a full and fun day out for all ages. Voted n.o 6 of France’s best amusement parks.

If you want to see animals in a natural mountainside setting, without the noise of an amusement park, the Parc Animalier d’Auvergne, set within 25 hectares of forest and more than 70 species of animal, is well worth a visit.

For an immersive family day out the theme park Vulcania will teach young and old all about the geology and science behind volcanoes in a fun and quirky setting.

If classic and sports cars are your thing, the famous circuit of Magny-Cours runs an extensive calendar of events from bike racing to classic and formula one car days.

Any cookies that may not be particularly necessary for the website to function and is used specifically to collect user personal data via analytics, ads, other embedded contents are termed as non-necessary cookies. It is mandatory to procure user consent prior to running these cookies on your website.